With the IoT, a global computer has been created – but how to keep it under control?

"Click Here to Kill Everybody!" This is the title of the latest book from world-renowned security expert, Bruce Schneier. He explained what it was all about briefly at the InfoGuard talk at the Theater Casino in Zug. There, more than 230 guests were captivated by Bruce Schneier's fascinating presentation of the cyber security challenges to come in the next few years. Did you miss the event? No problem! We sum up the most interesting points for you in this post.

In the increasingly networked and digitalised world, it is vital to detect cyber attacks quickly and respond to them promptly. We demonstrated this at the InfoGuard Talk event at Zug Casino. The undisputed highlight was the presentation by world-renowned computer security and cryptography expert, Bruce Schneier. In his interesting speech, he highlighted the cyber security challenges of today and tomorrow. In so doing, Schneier emphasised that security is notoriously always an arms race between the attacker and the defender, one that is influenced by technology and thus the balance changes – in favour of or, unfortunately, more often, to the disadvantage of the defender.

IoT is a global (insecure) computer

The world's largest computer has been constructed with the Internet of Things. Many years ago, the telephone – perhaps you still remember the black PTT devices on the wall with the coiled cord – was just there for making phone calls. Today, smartphones are powerful computers that can also be used to make phone calls. However, this has long since no longer been the smartphone's primary function! Over the years, "Things" have been turned into "Things" with an embedded computer. Today, it is a computer for multiple "Things".

Why the Internet of Things is so insecure

The question is now: How can this global computer be controlled? To understand this, we have to look at why it is generally insecure. Bruce Schneier listed six main reasons:

A lack of security in the IoT can end in tragedy

In spite of all these unfavourable prospects, there is a need to protect confidentiality, integrity and availability. A lot of cyber attacks target the first. This involves data theft or data misuse. Of course, some attacks are also aimed at the availability of information or services, such as ransomware and DDoS attacks. For many, however, the confidentiality of information or privacy is the most crucial security objective. But, confidentiality is not everything – especially not in the IoT environment. When a hacker intercepts the communication in my car, it's also not very pleasant. If they also manipulate one of the many control computers in the car however and it results in a tragic or even fatal accident, this is undoubtedly worse for any of us.

The three greatest security challenges of the IoT

In conjunction with the IoT however, another three critical points arise:

In his book, Bruce lists several ways of – as he puts it – making the internet+ more secure. At the InfoGuard Talk, he emphasised one point in particular: when it comes to security within the internet+, the government plays a crucial role. Mandatory requirements are needed and he is convinced that something will be set in motion in the next few years. The EU has already taken the first step in the right direction with the GDPR. In many cases, however, there is still a need to catch up on a political level when it comes to understanding in relation to cyber security – and we, as security experts, are also required to change this. So are the manufacturers as well, however. Best practices, which have already been established in other areas, also need to be applied and implemented for IoT devices – these challenges are certainly not new!

Don't miss the next opportunity

The 230 visitors to the InfoGuard Talk in Zug were impressed and the length of the queue for the subsequent book signing reflected that. We thoroughly recommend the latest book by Bruce Schneier, "Click Here to Kill Everybody"! You will also find a few images from the event over on our website.

Sign up for our newsletter now so you don't miss any of our future events! Not only will you receive information about our upcoming events, but you will also learn about the latest cyber security and cyber defence trends, products and insights.

Source «On the Internet, no one knows you’re a dog»:
https://www.acxiom.com/blog/internet-nobody-knows-youre-dog-still-true-today/ 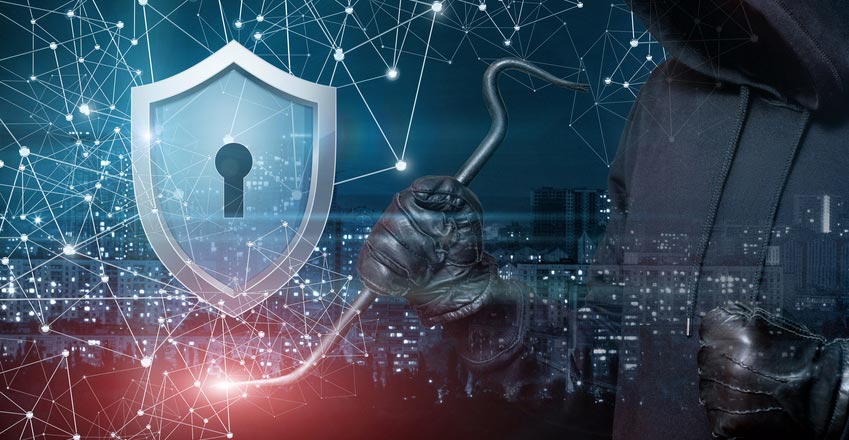 ...and what this means for your Cyber Security... The days are getting shorter and the nights are getting [...] 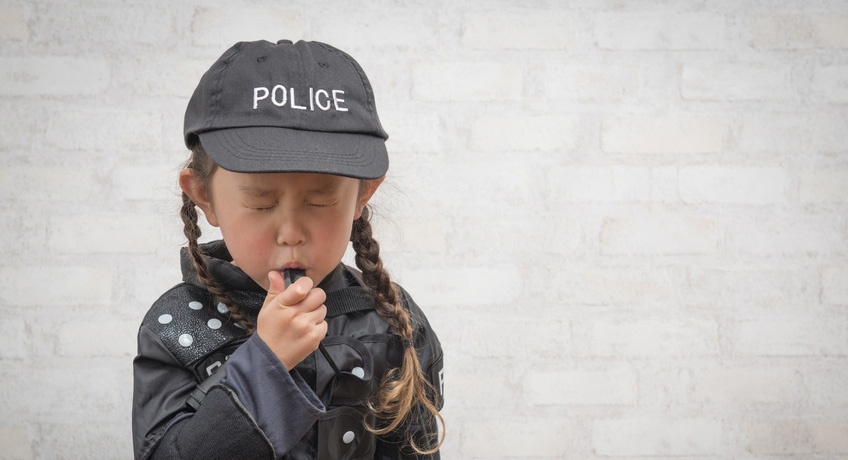 "Hands up! You're under arrest!" – that's what it used to sound like when we used to speed around the village [...]

Like every year, these summer holidays were, as always, much too short. Probably you indulge in memories just [...]
Cyber Security Blog