Blockchain Summit 2018 – what goes on in the CryptoValley Zug

On April 26th in Zug, the so-called CryptoValley of Switzerland, the second Blockchain Summit was held. The event is the get-together of the industry. It is no wonder then everyone is talking about blockchain. This ground-breaking technology will shape our future including cyber security. We at InfoGuard could not miss the summit. Here is a report of what we saw, heard, and learned!

Blockchain Summit 2018 – a long-expected day. Not just for us, but for the whole blockchain community in the CryptoValley. The initiators of the CryptoValley have put together an event in which participants could on one side build and care for their personal networks, and on the other side discuss problems and find solution approaches. The attendees were mainly from politics, start-ups, and consulting and research companies.

This year's motto was "Corporate vs. Start-ups". Blockchain start-ups seem to spring from the ground (of Zug). The agenda was filled with different themes to satisfy everybody's interest. Some examples: the blockchain in the real estate market, the future of the financial economy, the role of governments in a decentralised world, and the future of decentralised technologies. But let's start from the beginning…

The Federal Councillor in the blockchain fever

For sure one of the main attractions for the public was the Federal Councillor and Minister of Economy Johann Schneider-Ammann, who received the Blockchain Taskforce's white paper. The sixty pages of the report contain suggestions for the regulation of the crypto branch, among which how to deal with Initial Coin Offerings (ICO), the token published by blockchain companies, and the missing access to the Swiss financial market. Presently if blockchain companies want to open their business accounts, they must resort to foreign banks – and this is happening in the home of banks, Switzerland!

The blockchain stars of tomorrow

Besides the political stars, it was mostly the newest blockchain talents who shone. Several presentations and panel discussions on start-ups were held. Companies, which supporting start-ups in breaking through, were attending as well. In a specially organised panel, the latter offered tips and tricks for new entrepreneurs who wish to step into the blockchain world. Critical words were not spared, too. The first problem for most start-ups is a bad business plan: often it is hard to understand where the problem is, or what specific need should be addressed. Certainly not a good starting point to impress investors!

The dark side of fame

Investors too had to take in their share of criticism. Sometimes they invest sums so large, that the typical start-up character goes lost. The best example is the presenting partner Aragon, one of the business platforms based on Ethereum. In 2017, the then-start-up brought in around 25 million US dollars – and this within the first 15 minutes from the ICO. Are you impressed? Then there's more: the start-up could profit so much from the cryptocurrency hype, that its market value at the beginning of 2018 was around 250 (!) million US dollars.

Such a rocket-like growth is not free from dangers and challenges. What should a young and inexperienced company do with so much money? How can stakeholders be satisfied the best way? Other start-ups, some of which more innovative, face the same problems: investors are generous in injecting money, even without a solid concept to back up.

The blockchain hype goes on...

The event has clearly shown that the blockchain theme is more than just a trend, even for start-ups. Arguably it would be easier for many blockchain start-ups if large companies were more open to new, innovative ideas; nevertheless, luckily the enthusiasm of young entrepreneurs seems to be unfettered.

For us at InfoGuard, the visit to the Blockchain Summit 2018 was a total success. We had exciting insights into the scene, met inspiring people and we even got a bit carried away with the blockchain drive.

Fortunately, the next event is not far. The Crypto Valley Blockchain Conference 2018 will take place from June 20th to 22nd. Of course, we will visit the event, and we'll share the blockchain secrets with you alone. Look forward to our report!

… at the InfoGuard Security Lounge 2018!

The InfoGuard Security Lounge is another opportunity to learn exciting news on the blockchain, albeit from another perspective. Our security experts will show you how the Ethereum blockchain can be purposefully manipulated, and what it means concretely.

Further highlights are speakers like Prof. Dr Hannes P. Lubich, Prof. Dr Adrian Perrig, the futurist Gerd Leonhard, our penetration testers with their live hacking show, presentations by our customers, and yet more… Come and see for yourself, on June 26th, 2008 at the Zug Casino! 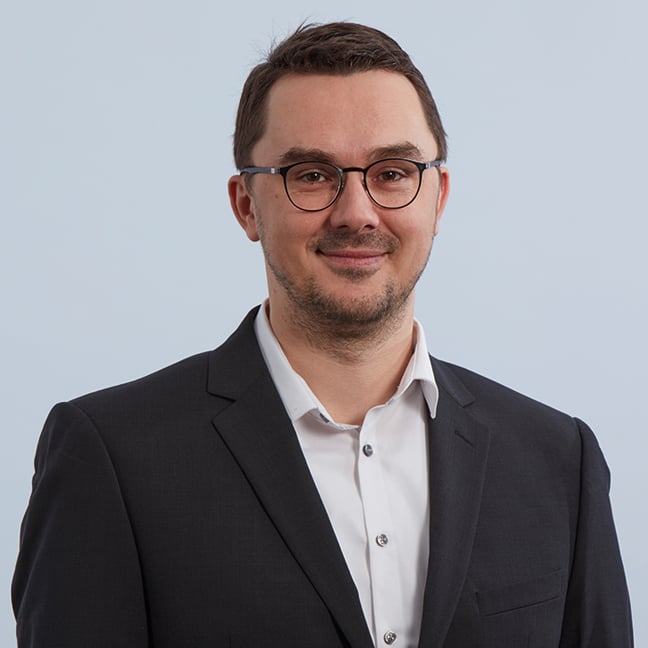 About the author / Dr. Rocco Mandrysch