The "ESAF" (Eidgenössisches Schwing- und Älplerfest ‒ The Federal Wrestling and Alpine Festival) is just around the corner. Naturally also we as wrestling fans and a sponsor of Gloggner Philipp do not want to miss out on this special event. That's why ‒ at least in terms of our blog ‒ Cyber Security and Cyber Defence are fading into the background this week. The stage belongs to the "bad guys" all by themselves ‒ and by that, we don't mean hackers and cybercriminals for once, but the wrestlers! We have summarised the most important terms and facts about ESAF for you so that you, too, can have your say and speak knowledgeably on the subject of wrestling.

As well as the latest news on hacker attacks, there has been another ubiquitous topic in recent weeks ‒ the Swiss Wrestling and Alpine Festival (ESAF) 2019. With the view we have of the impressive "Schwingarena" in Zug, which will be taking place from 23 to 25 August, will of course also have an impact on InfoGuard. 276 wrestlers will be fighting for the coveted “royal” title and be cheered on by around 56,500 enthusiastic spectators. Not only is the expected total number of visitors of 350,000 and the world's largest temporary grandstand ‒ which by the way is located close to our headquarters in Baar ‒ impressive, but the dimensions are too. The hexagonal arena in Zug (called Zug Arena) covers an area of 5 hectares, has a circumference of 850 metres, a height of 18 metres and is made up of 300 tonnes of material (or in other words 300,000 individual parts). There is room for seven sawdust rings, each one measuring 14 metres in diameter. Amazing, isn't it?

The good guys and the bad guys 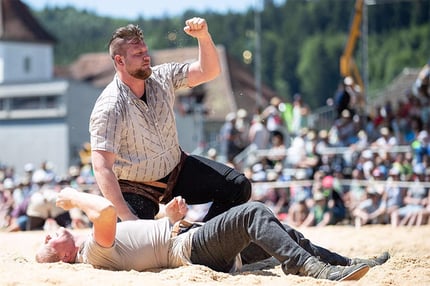 Despite all the hype surrounding the impressive site, the ESAF is first and foremost a sporting event ‒ but not only that! More about that later. Wrestling is a typical Swiss sport with a long tradition. The essentials are strength, technical prowess, stamina and the ability to react quickly to the opponent's attack with the right defence strategy. These are also elements that companies have to master in the daily fight against cybercriminals. Only the fairness, which also characterises the sport of wrestling, is absent from the battle with the baddies of cybercrime.

But just so you understand, the “bad guys" are actually complete opposites in the two scenarios. Wrestlers are often referred to as this, but it has nothing at all to do with being unfair or nasty. Actually, the strongest wrestlers are affectionately known as the baddies. But since there is no real definition of who is considered a bad guy, today all wrestlers with a federal wreath are called this, as is "our" InfoGuard wrestler Gloggner Philipp (see picture).

Wrestle with us up on top

… which puts us right at the heart of the idioms and technical terms used in the world of wrestling. To help you join in with the conversations at ESAF, we have compiled the most important terms and wrestling moves.

ESAF starts on Friday 23 August. The wrestling competition proper doesn't start until Saturday morning when the wrestlers march into the arena with the national anthem. Afterwards, the wrestling kicks off already at 8 am ("Anschwingen"). This is how the first two matches at a wrestling festival are known. In the first (through) round of the wrestling, the best wrestlers are divided against each other. Therefore it is obligatory to get up early at a wrestling festival! The "Anschwingen" is the first third of a swinging festival. The third and fourth rounds are referred to as "Auschwingen"1, the fifth and sixth "Ausstich". The ESAF is the only wrestling festival with eight rounds. This means that the competition has to be spread over two days. At ESAF, the seventh and eighth rounds are called the "Kranz-Ausstich" (wreath sting). The two participants with the most points who are in the lead after seven round competes in the final round.

Swivelling ‒ the attack tools of the wrestlers

But we are not at the finish yet ‒ there will, of course, be wrestling first. What "Emotet", "Trickbot" and "Ryuk" are to cybercriminals and hackers, "Kurz", "Gammen", "Brienzer", "Bur" and "Wyberhaken" are for wrestlers. They are all techniques that trick your opponent. There are more than 300 different variations and combinations in the sport of wrestling, each with its own name. Who has to compete against whom is determined by the division court before each new (early) round. At ESAF, this consists of the technical directors of each sub-association. And if you want to know exactly who these are, these are the Innerschweizer Schwingerverband (ISV – Inner Switzerland Wrestling Association), Nordostschweizer Schwingerverband (NOS – North East Switzerland), Nordwestschweizer Schwingerverband (NWS – North West Switzerland), Berner Kantonal-Schwingerverband (BKSV – Canton of Berne), Südwestschweizer Schwingerverband (SWS – South West Switzerland) and the technical director of ESAF, Samuel Feller. All of them together divide up the respective wrestlers as fairly as possible ‒ but nobody knows exactly what happens behind closed doors. The top pairings for the first gear at ESAF are assigned by Samuel Feller alone. Therefore, the publication of the 15 top pairings on the ESV website at 10 p.m. this evening (21 August) is eagerly awaited. The remaining pairings will be available from 3 pm on Friday 23 August according to the festive programme. For Federal events, wrestlers from the same sub-associations and players from the same clubs are not classed against each other.

In wrestling, the aim is to get the opponent onto his back. The more moves an athlete has, the more unpredictable he is. With the right technique, a physically inferior wrestler can, therefore, win against an apparently superior opponent. This is what makes the sport so fascinating, along with the sense of fairness and sociability. An overview of the most frequently-used turns and grips below:

The wrestlers are judged on the result of a single round. For a winning round, there are the following points: 10.00 (flat throw) and 9.75 for pushing, a "Gestellten" (placed) scores 9.00 (for offensive moves) or 8.75 (normal moves) and a lost round is awarded 8.75 (for offensive moves) or 8.50. Therefore not all victories are the same and can ultimately determine participation in the final round. By the way, a victory in a final round always counts as a 10.00.

But who decides on the scoring? These are the referees in wrestling. For each sawdust ring, there are three referees (at the ESAF all from different sub-associations). A referee (place referee) observes what is happening in the sawdust ring ‒ always looking towards the referee table or his refereeing colleague. The other two judges sit at the table and watch the fight from the edge of the court. The referee will be changed after each of the six or eight rounds.

The winner of the ESAF final round finally wins the entire competition and can then call himself the "Schwingerkönig" (wrestling king). Since the first Swiss Wrestling and Alpine Festival (1895), the winner has normally been awarded this title. Exceptions were made in the years 1945 and 1950 when it was not awarded to any wrestler at all. On both occasions, the reason was an unsuccessful final round combined with the finalists' passive behaviour. But once you become Wrestling King, you keep the title (and of course the fame) for life.

In addition to the King of the Wrestlers, other wrestlers are honoured as "Eidgenosse" (Swiss Confederates). These are the wrestlers who win a "Kranz" (wreath). Only the best 15 to 18 percent of the participants receive these coveted oak leaves. Therefore this award is regarded as a great accolade and shows the wrestler's strength.

Besides the oak leaves for the winner and the "wreath winners" there are of course many other prizes. Traditionally, the “Schwingerkönig” receives a "Muni" (a bull or it's equivalent). As well as living prizes like these, for the best wrestlers, the competitors can choose their prize from a temple of gifts. The living prizes and the over 350 gifts from ESAF are already on display for around two weeks (9 to 25 August) before the event. Should you be in Zug during this time, a visit is worthwhile. Of course, this year's bull called Kolin merits special attention. 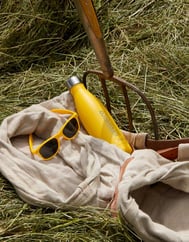 This well-known saying does not only apply in the business world ‒ no, the "Sennen" (alpine dairymen) and "Turner" are also distinguished by their clothing when they are wrestling. The Sennen wrestlers wear dark trousers and a traditional Edelweiss shirt. The wrestlers with white trousers and a white T-shirt are called turners. They usually come from a gymnastics club, which explains the name (Turner = gymnast).

At ESAF, of course, alpine horns, yodelling performances and traditional flag waving are not to be missed ‒ not forgetting the "ladies of honour" in their traditional costumes. They have a special task at the award ceremony, presenting the Confederates with the coveted wreath. The wreath bearers, on the other hand, no longer wear their competition clothes. Instead, they wear "Mutz" jackets.

ESAF is not just about wrestling

Not just the best wrestlers in the country, but also the best stone-tossers, compete against each other in the Federal Games. Stone tossing is one of the oldest sports of all, probably originating in the 13th century. Not only is the “Unspunnen Stone” used, but also the 40 kg Myth stone with the 20 kg Turner stone. The latter is tossed one-handed with a running jump. The record is 9.01 m. The Myth Stone, which is twice as heavy, is also tossed with one hand, but from a standing position. Here the record is 4.96 m.

The main competition takes place using the Unspunnen Stone. This weighs 83.5 kg and can be tossed with a run-up and with both hands. The current record is 4.11 m. This year around 120 participants will battle for the coveted titles. These competitions also take place on the 75 hectare site of the ESAF. The five best stone tossers will compete in the final competition in the wrestling arena on Sunday afternoon, using the Unspunnen Stone.

Enjoy the ESAF ‒ our Cyber Defence Center is holding the fort

We hope that these explanations have made the sport of wrestling a bit easier for you to understand. Maybe you have even got one of the coveted tickets and will now be able to talk like an expert in the Zug Arena or at least in the fan zone. Either way ‒ our Cyber Defence Center will be holding the fort for you during this time (and beyond). We will make sure that the "bad guys" don't stand a chance ‒ and of course, we’ll do it 24/7.

Contact us! We will be happy to show you the different options:

1 However "Ausschwingen" (turning) has a second meaning. If one wrestler is in the lead by 1.5 points after five rounds (or seven in the ESAF), the remaining wrestlers will take sixth place (eighth in the ESAF). The highest score wrestler then qualifies for the final round and plays it as an extra round. By winning the extra round, the wrestler also gains a quarter point, but at this point, we are almost in the wrestling "darknet"). 😉 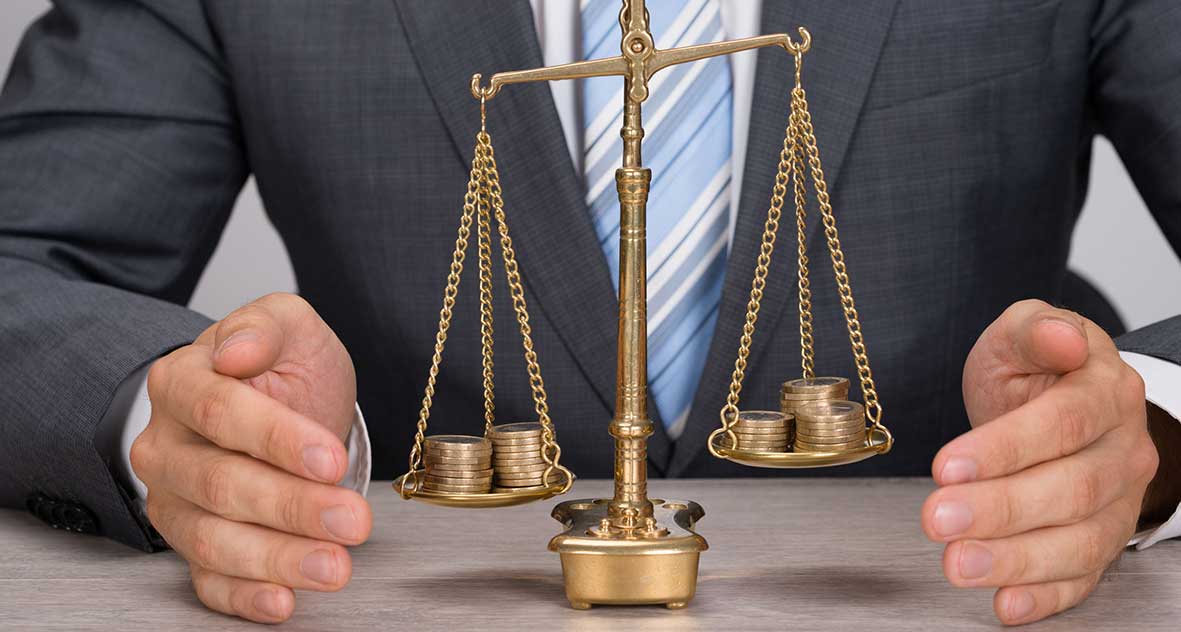 In recent weeks and months, we have written a lot about cyber defence. Over the course of time, you will have [...]

What links today's most common viruses Emotet, Trickbot and Ryuk? They like to pop up together – and as a [...]
Cyber Security Blog